From riding trail to Coastal Road, from Coastal Road to motorway. Road, road-builders and travellers.

Straight and flat. That is what the E18 motorway is like, taking drivers speedily across southern Finland. People have been making their way on this road since the Middle Ages, but the pace and means of transport have changed since then, as has the road itself. The first riding trail might have been narrow, but it was an important thoroughfare between the castles of Turku and Vyborg.
Gradually, the modest riding trail was made wider and wider, until it became the Great Coastal Road that was used by armies, state officials and common people alike. Some made their way on horses, others by foot. Travellers could stop for a moment of rest at one of the inns that provided food, drink and lodging.

The road underwent its biggest transformation in the 20th century when cars replaced horses and people became too busy for a road that wound its way along the coast. New times favoured straight roads. The coastal road was first transformed into a main road, and later, into a modern motorway. Traditional inns made way for service stations, hotels and motels.

The “Great Coastal Road” exhibition has been produced in cooperation with Automobile and Road Museum Mobilia. The exhibition has also received support from the Ministry of Transport and Communications, A. Ahlström Real Estate Ltd, Cursor Ltd, Jyrkilä Ltd and Valtatie 7 Ltd. 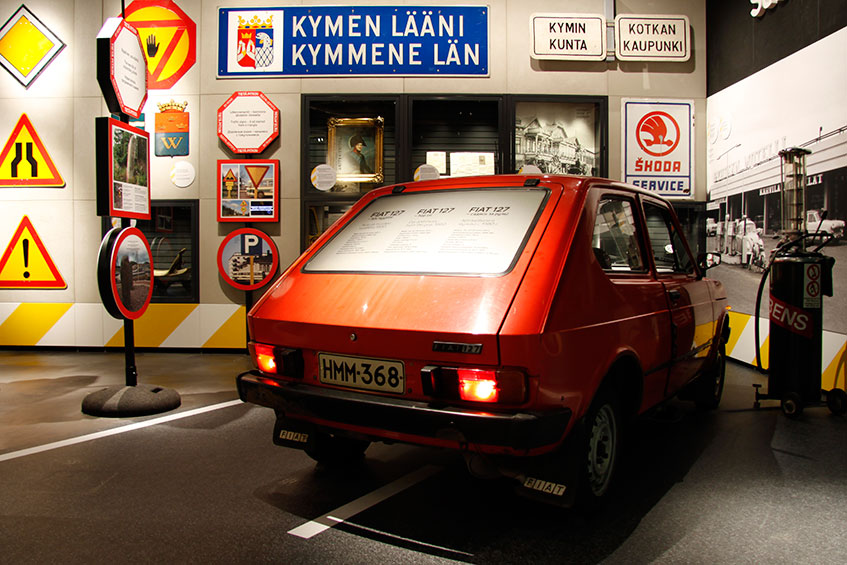